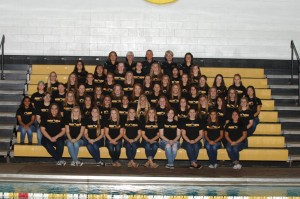 The boys and girls swim and dive teams competed at the OHSAA Southwest District Meet this past week at Miami University in Oxford.  The boys finished in third place as a team and the girls were in sixth place.

Dylan Curtis earned a District Championship in the 100 freestyle while Austin Flaute won one in diving with Sam Wiedemann coming in second.

Earning a berth to the state meet this week in Canton are:

Tournament
9:00 am
View All Events