The varsity baseball and softball teams both beat Miamisburg at home on Friday in a weather shortened five inning game. The wins keep both programs in first place and allows them to control their own destiny as each plays Beavercreek next week to decide the titles.

On senior night at Booster Park, sophomore Shea Hendrixson threw a gem for the Elks going all 5 innings and allowing only 1 earned run en route to a 5-1 victory.  Senior Joey Holiga had 2 RBI’s and fellow senior Jake Whisman had 2 hits. The Elks are now 12-7 overall and 7-3 in GWOC East.  The JV team won at Miamisburg 12-6 while the freshman team was tied with the Vikings, 6-6, when the game was called in the sixth inning.

The Lady Elks softball team won their 5th game in a row with an 8-5 win over Miamisburg and have now run their record to 9-12 overall and 6-4 in the GWOC East. The Lady Elks were led by their defense with the outfield playing especially great. Offensively the entire team chipped in but senior Lizzy Leach had a huge 2-out, 3-run double for the Lady Elks. Truly an unselfish night where the team came first!  The JV team lost at Miamisburg.

Both Varsity squads are trying to lock down our first ever GWOC East title in their sport! 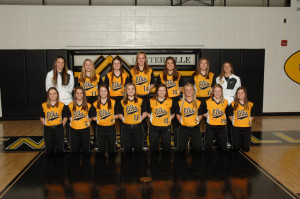 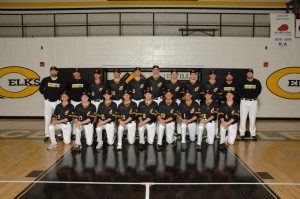 Journey To The Tourney
10:45 am
View All Events